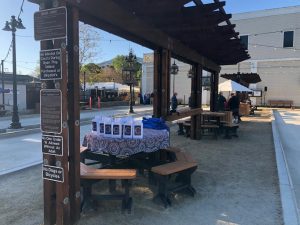 The first Hall of Fame Bocce Ball fund raiser took place on Saturday, April 13 – after a three week delay due to a rain-out on March 23.  After the weather delay, members of the sixteen Bocce teams were ready to go on Saturday morning. Hall of Fame Committee members with he help of the Ipsen Bocce Court tournament director Dennis Mitchell got the teams rolling on time at 9:00 am.  After a round robin tournament that lasted all morning and into the afternoon,  the Ed’s Mudville Grill team (captained by Carol Ricetti) defeated the Members Only team (captained by Steve Gonsalves)  in an overtime thriller for the championship win.  The first place team won a cash prize of $800.00 and the runner-ups won $400.00.  The team Take It (captained by Cathy Duckworth) defeated Mike’s Auto Body (captained by Bob Rose) for 3rd place. Thanks to everyone who entered the tournament and a special thanks to Skippolini’s, Ed’s Mudville Grill, Kent Ipsen and Ed Moresi for their continuing generous support.  And thanks to the dozens of players and alumni who attended and participated in the event. Special thanks to the Members Only team who donated their prize winnings to the Hall of Fame. See everyone at the 2019 Hall of Fame Banquet on Friday, May 3rd!       See GALLERY SECTION for more pictures.

Below, Dee Billeter getting things started 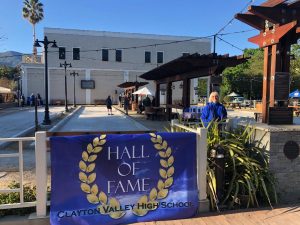